Gadgets your sponsors will love. #1 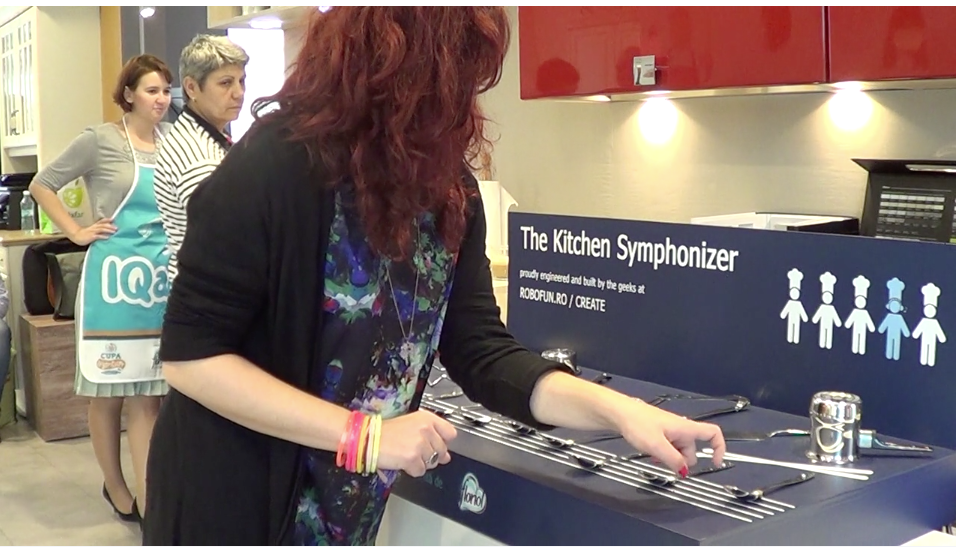 Fostering relationships with sponsors is tough. Providing them with clever ways to gain visibility is even harder.

Are you out of ideas? SponsorMyEvent has collected 3 funny ideas that will certainly help you with your next event:

The machine takes your orders through Facebook or Twitter, shares them on social media and prepares your favorite cocktails by moving a glass back and forth until all of the ingredients have been mixed (the nightmare of all bartenders).

To order a drink you need to first scan a QR code with your mobile phone. That takes you to a Facebook app where you can choose a drink from the menu. Once you make a selection, the app displays a large QR code on your smartphone.  You then show the QR code to the Raspberry Pi controlled camera on the robotic bartender and it starts mixing.

Here’s how it works:

This gadget was built with 40 cans of Staropramen-beer-cans serving as “keys” that just need to be gently pressed to input a letter. To make that actually work, Robofun paired an Arduino board with some capacitive controllers for the base, and connected that to a Raspberry Pi that linked the keyboard to the TV. Impressed? You should be:

Little Beethovens, watch out. What you need:

Ingredients : some spoons, a colander, a saucepan, its cover, kitchen scissors, a cake knife, a rasp. And, of course, and Arduino, some wiring, and a pair of speakers. Does it work? It does:

How to find sponsors: Josiah Purss

Your sponsorship sucks! 5 mistakes sponsors make
About the author