Leads and Traction through Sponsorship 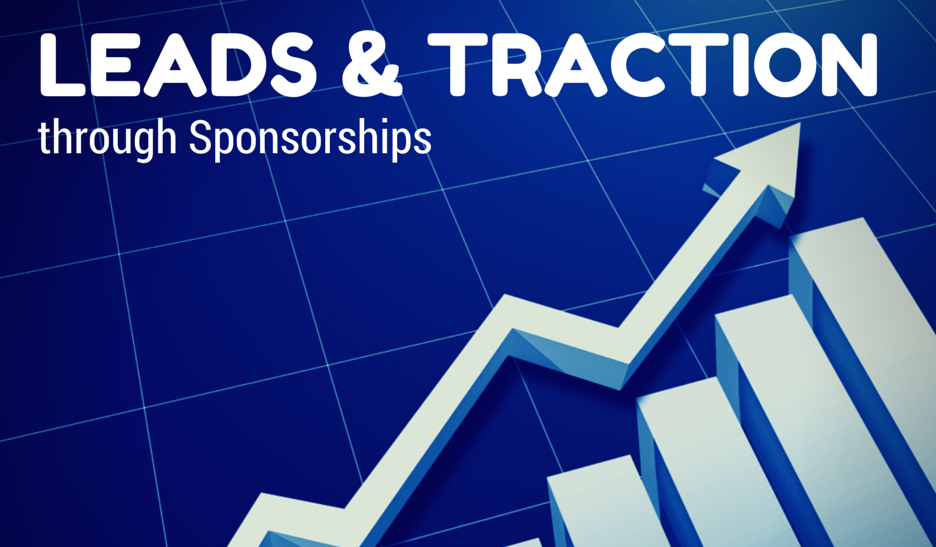 Today every company wants to generate traction and leads. Uncounted books have been written about marketing and how to exploit various traction-channels. Yet surprisingly only few sources mention Sponsorship as a targeted and highly efficient way to unlock new leads and to generate traction. It seems that sponsorship is the Cinderella of marketing – even though “Sponsorship is the fastest growing form of marketing in the U.S.” as Susan Friedman stated in her article “Sponsorship: A Key to Powerful Marketing”.
This Cinderella is a beautiful traction and lead generation machine even though hidden behind her big sisters advertisement, online marketing, affiliate marketing, PR and some others. Without much ado Sponsorship brings brand-awareness, leads and traction in a targeted way that is hard to achieve for many other marketing-channels. At SponsorMyEvent.com we see every day amazing sponsoring-opportunities coming in offering fantastic possibilities to generate leads and to boost traction, often for prices that are far below what has to be paid using other marketing channels.

Not only since there’s the possibility to run ads on Facebook, people speak often about targeted advertisement as a good way to generate traction. Facebook is a nice example for targeted ads: you select the characteristics of the people that should see your ad (gender, location, education, interests …) and hope that your ad will generate leads or at least some traction.
Sponsorship can be even more targeted.
When have you been the last time at an event? Do you remember some of the main sponsors? Most likely you do. Why is that? Probably because the sponsor was active in a sector that you are interested in. And most likely one of the sponsors offered a service or a product that you are potentially interested in. This works for almost every event because the audience a sponsor reaches is very targeted by definition. You won’t find music-freaks at a medical conference. Neither won’t you find doctors at IT-networking events.
Therefore wastage is pretty limited and a sponsor can be sure that his message will be seen by people who are potentially interested in his services.

A company that sponsors an event and manages to find a way to link the sponsorship to a sign-up for their services can directly source significant traction from the sponsorship. Even if such a direct connection is not possible, a well designed sponsorship campaign will incentivize potential clients to sign-up quite easily. This is due to the above mentioned fact that sponsorship is very targeted: it’s likely that visitors of the event have a clear interest in the services the sponsor proposes. The easier it is for a visitor to sign-up for the service of the sponsor, the more likely it is that traction will grow. A clear call-to-action to be included in the sponsoring is therefore a must to generate traction and thus leads through sponsorship.

Why is Sponsorship hidden?

The popularity of sponsorship as a lead and traction generating marketing instrument is still lagging behind its clear benefits. Still it seems to be more appealing to companies to spend money on other marketing-channels. Sponsoring is often something that is done because companies feel “obliged” to do so and not to clearly generate new leads or to increase their traction. I spoke with some of the sponsors of a tech-conference and the reason many of them indicated was stunning: they had business-relations with the organizers and therefore couldn’t say no to sponsoring the event. This should not be the main reason why to sponsor an event.

Drag Cinderella out into the light

The time is right to consider sponsorship as a serious marketing instrument not only for sports or concert but also for trade-shows, conferences and many other events that guarantee a targeted audience and easy lead and traction generation.
But efficient sponsorship is not anymore done by hanging a banner or putting a roll-up on the stage: a carefully crafted sponsorship-campaign will drive sales.
Organizers should in any case also avoid the 5 common mistakes when contacting sponsors.

5 reasons why companies hate to sponsor !